Lexington County (population 216,014) is the second largest county in terms of area in the Central Midlands region (717 square miles) and was established in 1804. The County seat is the Town of Lexington (population 9,793). Both the County and its county seat were named in honor of the Lexington and Concord Battles on April 19, 1775 in Boston, Massachusetts that started the American Revolution. 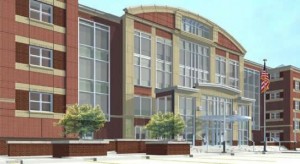 The Town of Lexington had its beginning on January 24, 1820 with the purchase of two acres of land from Anna Barbara Drafts Corley (Granny Corley) for establishment of a new court house and jail for Lexington County. Previously the county seat of government had been the town of Granby located where Cayce is today. Granby was a low area which was prone to flooding. Mrs. Corley’s land was selected for its central location and its healthy atmosphere among the pine trees. The Town of Lexington grew up around the courthouse and was indeed called “Lexington Court House” until 1900. Most of the town’s early settlers were descendants of older area families mostly of German ancestry. Prior to the Civil War, Lexington could boast of having a Lutheran Seminary, two churches, two newspapers, a small textile factory, a carriage factory and the usual businesses necessary for a courthouse town of that era. A municipal charter was issued on January 28, 1861. 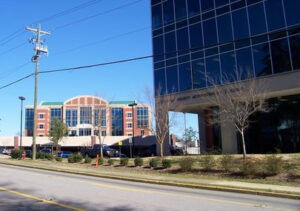 In February of 1865 , the town of Lexington was occupied by Federal troops under the command of General Sherman. Many of the dwellings and businesses were burned during this occupation. By 1880, the business district had been rebuilt and a number of impressive new homes were replacing those lost in 1865. In 1890 the Lexington Manufacturing Company built the textile mill with its dam, pond and houses for the employees, all located on the eastern end of Main Street. Disastrous fires in 1894 and 1916 resulted in most of the business district structures being rebuilt of brick. In 1911 electricity for lighting was available and telephone service became available in 1916. By 1927 a municipal water system was put into use. With post World War II prosperity Lexington has expanded into a thriving business and political center for Lexington County. The construction of the Lake Murray Dam in the 1930s added another key element to the quality of life in Lexington County. Lake Murray’s 620 miles of shoreline in Lexington County are used for both recreational and sporting purposes, and provide an attractive place to live for many county residents. 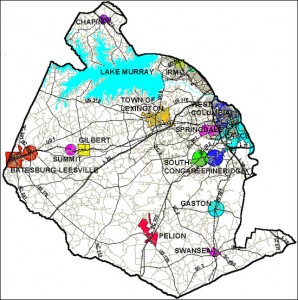 Today, Lexington County is a modern, fast-growing area with low unemployment rates, expansive infrastructure and a superior quality of life. Many large companies such as Michelin, NCR, Voridian, Southeastern Freight Lines, Pirelli Cable, US Food Service and United Parcel Service have operations in Lexington County. The Columbia Metropolitan Airport is located in Lexington County allowing for easy transportation worldwide. Lexington County is served by 3 major interstates (I-26, I-20 and I-77), allowing first class connectivity with the rest of the US.