Newberry County (population 36,108) is the smallest county in terms of area in the Central Midlands region (635 square miles). The County seat, the City of Newberry has a population of 10,580. 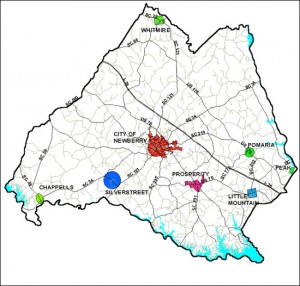 European settlers (primarily German, Scotch-Irish, and English) began appearing in great numbers in the area in the 1750’s. Newberry County, formed from the Ninety-Six District in 1785, was once described as the largest tract of unbroken farm land in South Carolina. The origin of the county’s name is still unknown although it is likely an alternate spelling for the English town “Newbury.” Although cotton was the primary crop before the Civil War, today’s farmers rotate crops such as corn, millet, wheat, and soybeans. In addition Newberry has dairy, poultry, and cattle farms, as well as many acres of controlled reforestation. 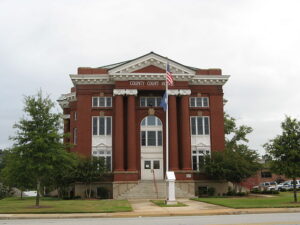 The City of Newberry was founded in 1789 as the county seat. Its site was chosen because of its nearness to the center of the county. With the arrival of the railroad in 1851, Newberry became a thriving trade center. The Lutheran-supported Newberry College was established in 1856 and has been an important part of the community ever since. Although the Civil War interrupted the growth of the town and dramatically changed its social order, a stronger community emerged which continued to thrive. Industry, in the form of cotton mills, was introduced to the town in 1881. Although the face of the town has changed because of fires, storms, and former economic slumps, the City of Newberry today retains diverse historic buildings and a revitalized downtown.

Today, Newberry County is experiencing somewhat of a “renaissance”. In 1997, the renovations to the 122 year old Newberry Opera House were completed, bringing top class shows and musical performers back to Newberry for the first time in many years. Newberry’s Main Street has seen the opening of a number of antique stores, and restaurants, which help maintain the cultural appeal of the area.

Industry is also a key component of the economy of Newberry County. The Newberry County Industrial Park located next to I-26, is home to a number of international companies, such as Komatsu, Confalionieri and Kiswire, with other companies such as Louis Rich Company, McKechnie Auto, Renfro, Shakespeare and Georgia Pacific all being located in Newberry County.

Newberry County also has an abundance of natural beauty. The northern half of the county is covered by the vast Sumter National Forest, while the Enoree, Tyger and Broad rivers and Lakes Murray, Greenwood and Parr provide some of the most unspoiled scenery in South Carolina.